At this point we’re all aware of the importance of slathering on sunscreen regularly to protect our skin from the sun’s harmful rays. It’s key to preventing a slew of serious health issues, especially skin cancer. But, some sunscreen ingredients, particularly those found in chemical sunscreens, can trigger their own set of health problems.

Once one of the most popular ingredients for formulating sunscreen, oxybenzone has been relegated to the sidelines after earning a bad rep. Over the last few years, oxybenzone has been believed to be potentially bad for the oceans, particularly coral reefs, and has been banned in many places as a result. However, a 2021 study revealed the ingredient is not causing significant harm to coral reefs.

Aside from its controversial environmental history, oxybenzone is possibly bad for your body. “Oxybenzone is absorbed into the skin and we know now into the bloodstream,” says Corey L. Hartman, MD, founder of Skin Wellness Dermatology in Birmingham, Alabama. While absorption into your skin doesn’t automatically deem an ingredient unsafe, oxybenzone can cause irritation, disrupt hormone channels, and act as a disruptor of normal biological processes in the skin and in the body. Keep reading to find out everything you need to know about oxybenzone.

HOW OFTEN CAN YOU USE IT: Sunscreen should be applied every two hours, or sooner after swimming or sweating.

WORKS WELL WITH: In general, antioxidants have been shown to boost the efficacy of sunscreen and deliver other skin perks as well.

DON’T USE WITH: There aren’t any specific ingredients you should avoid using with oxybenzone.

Benefits of Oxybenzone for Skin

Who Should Use It

Anyone looking for sun protection can use oxybenzone to filter the sun’s rays. However, there are other sunscreen ingredients that safeguard skin without potential side effects.

Side Effects of Oxybenzone

Oxybenzone has become such a controversial ingredient that many dermatologists, including Hartman, have advised their patients to avoid it completely. “It is banned in many places,” Goldenberg says. “There are other alternatives, and many brands have completely stopped using it.”

Numerous studies have researched the dangers of oxybenzone. “There have been at least two studies that have been published that have shown that it’s absorbed into the bloodstream,” Hartman says. “Although they have established that there is absorption into the bloodstream, we haven’t quite figured out what that means, and what are the ramifications of that? We don’t quite know. We’re starting to get an idea, but we haven’t quite worked that out completely.”

A 2020 study showed that having an elevated systemic level of oxybenzone has no adverse effect on male and female fertility, female reproductive hormone level, adiposity, fetal growth, child’s neurodevelopment and sexual maturation. However, the effect of oxybenzone levels on thyroid hormone, testosterone level, kidney function and pubertal timing has been reported and further research must be conducted to confirm a link.

Another potential side effect of oxybenzone is dermatitis. “I have seen some patients develop an allergic reaction to oxybenzone,” Goldenberg says. “This usually manifests by skin redness and irritation after use.” Though some people may experience adverse reactions to oxybenzone, research has found that sunscreen products formulated with 1–6% oxybenzone do not possess a significant sensitization or irritation potential for the general public.

Hartman also says a key problem is that most chemical sunscreen products don’t contain only one chemical—they usually have at least four, sometimes as many as five or six. “So, if you have contact dermatitis, you don’t even know which ingredient it is that caused it, and then you really don’t know what to avoid,” Hartman says. “25% of all people are going to be allergic to chemical sunscreens; that’s a pretty high number. I think that there are so many problems with a lot of the different chemical sunscreens.”

Rain or shine, sunscreen should be applied every single day as the final step in your skincare routine. The same application rules go for oxybenzone sunscreens as with any other sunscreen formula. “I recommend applying sunscreen every morning after washing your face, over your daily moisturizer and before makeup application,” Goldenberg says. “Sunscreen should be applied 30 minutes before sun exposure and reapplied every two to three hours. Being safe and consistent with sunscreen application is the best thing you can do for your skin year-round.” 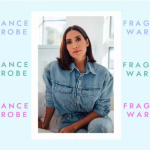